While sea levels rise slowly for a variety of reasons, they do not do so in the same way across the oceans. There are also regions where the water level has declined overall since 1993. The following graphic shows the global changes resolved locally. In the south-east of the Pacific in particular, only a very small rise in sea level has been observed so far. In areas of the northern Pacific and the northern North Atlantic, subsidence even occurs. 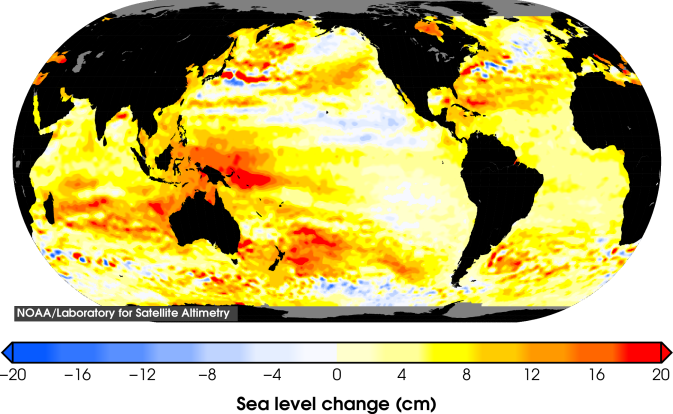