On 1st July 2015, the sunspot index has been replaced by a homogenized version.

The following diagrams are comparing the old and new data set for the solar activity. 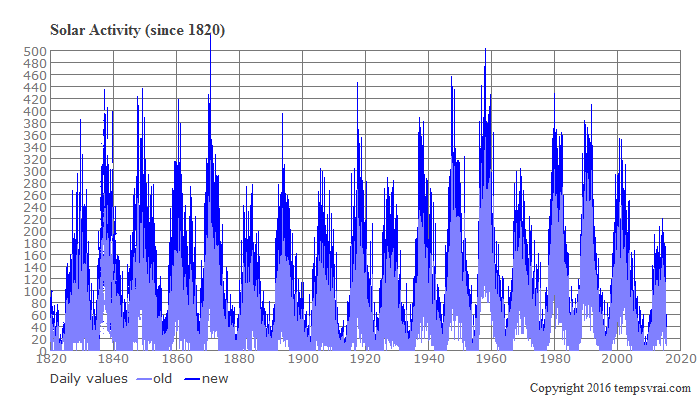 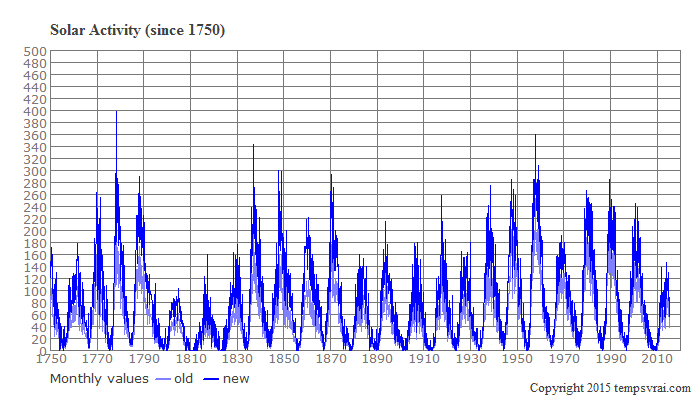 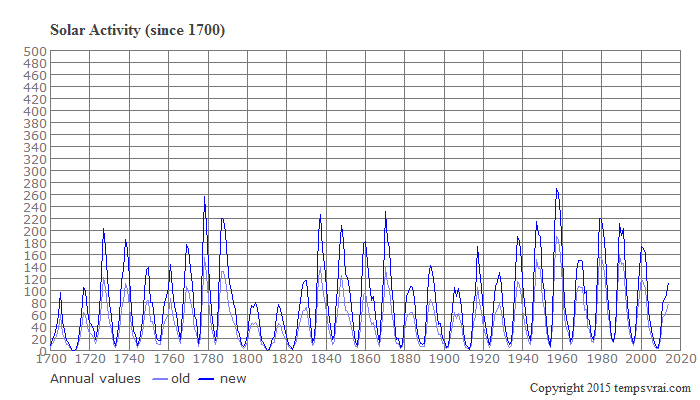