The following diagrams show the sea ice cover of the last years. Separated into the northern and southern hemisphere there will be also displayed the fraction which lies within the range of the polar night. 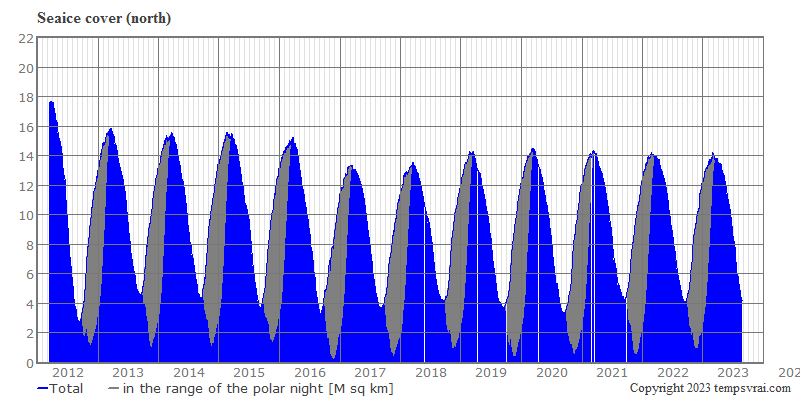 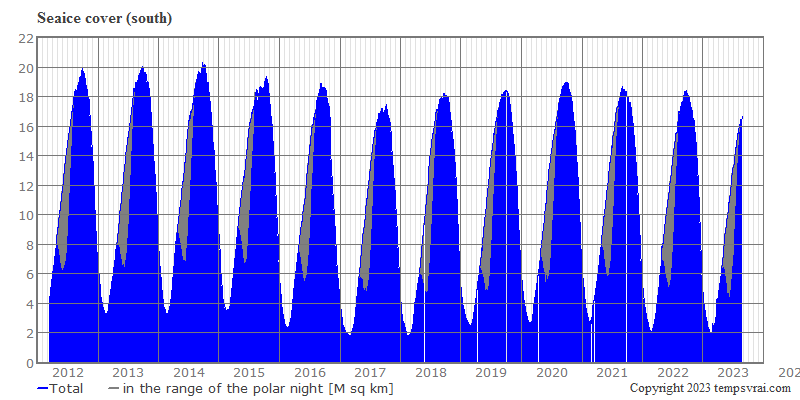 
Also available the sea ice cover trends of all months: 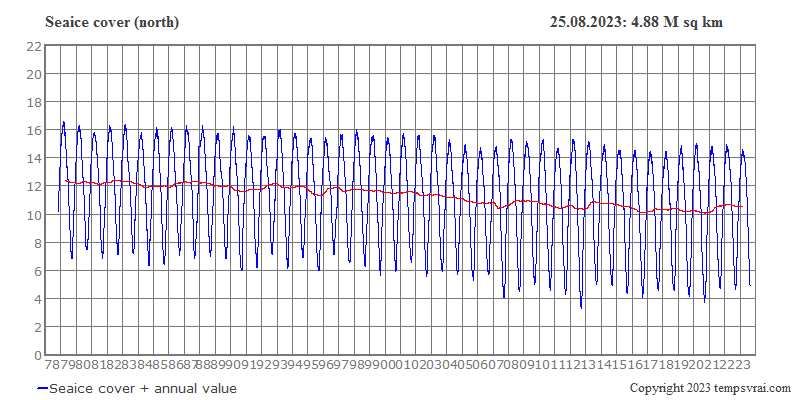 Antarctic from 1978 to date (South Pole) 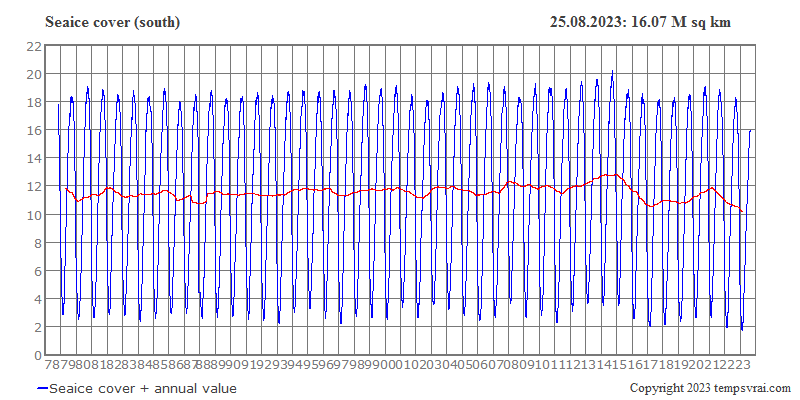